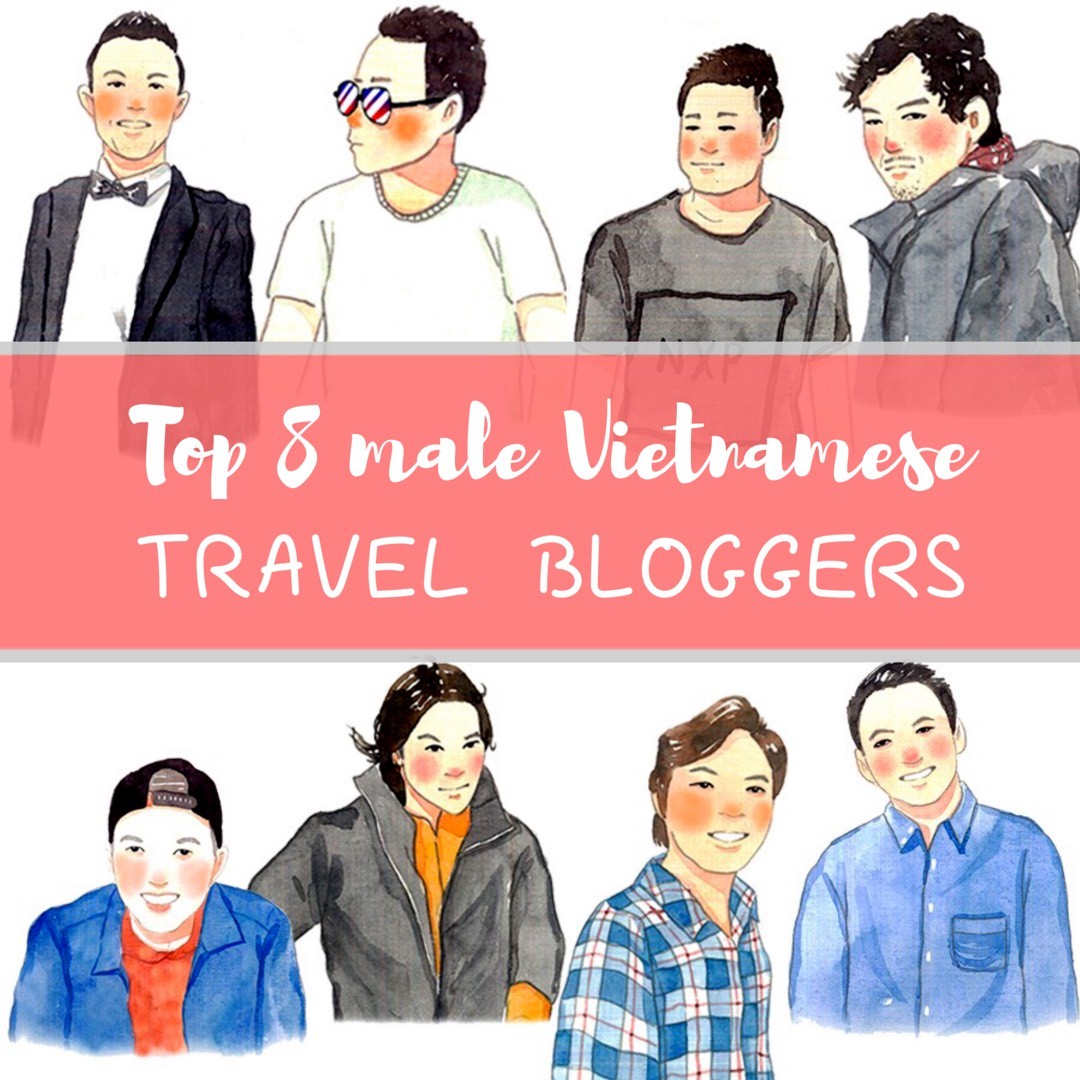 Youth is a series of travelling days, sometimes the familiar old road can lead to a strange horizon. Steps by steps we make our own route, although nature always brings unexpected surprises, but we can only see it when we fully throw ourselves in the itinerary. With tiredless steps, these boys explore the world with open hearts. Each one has their unique way, but they have all lit up the flame of great will for the youth of this generation. Let’s talk about these 8 famous Vietnamese travel blogger with Askvietnamese! 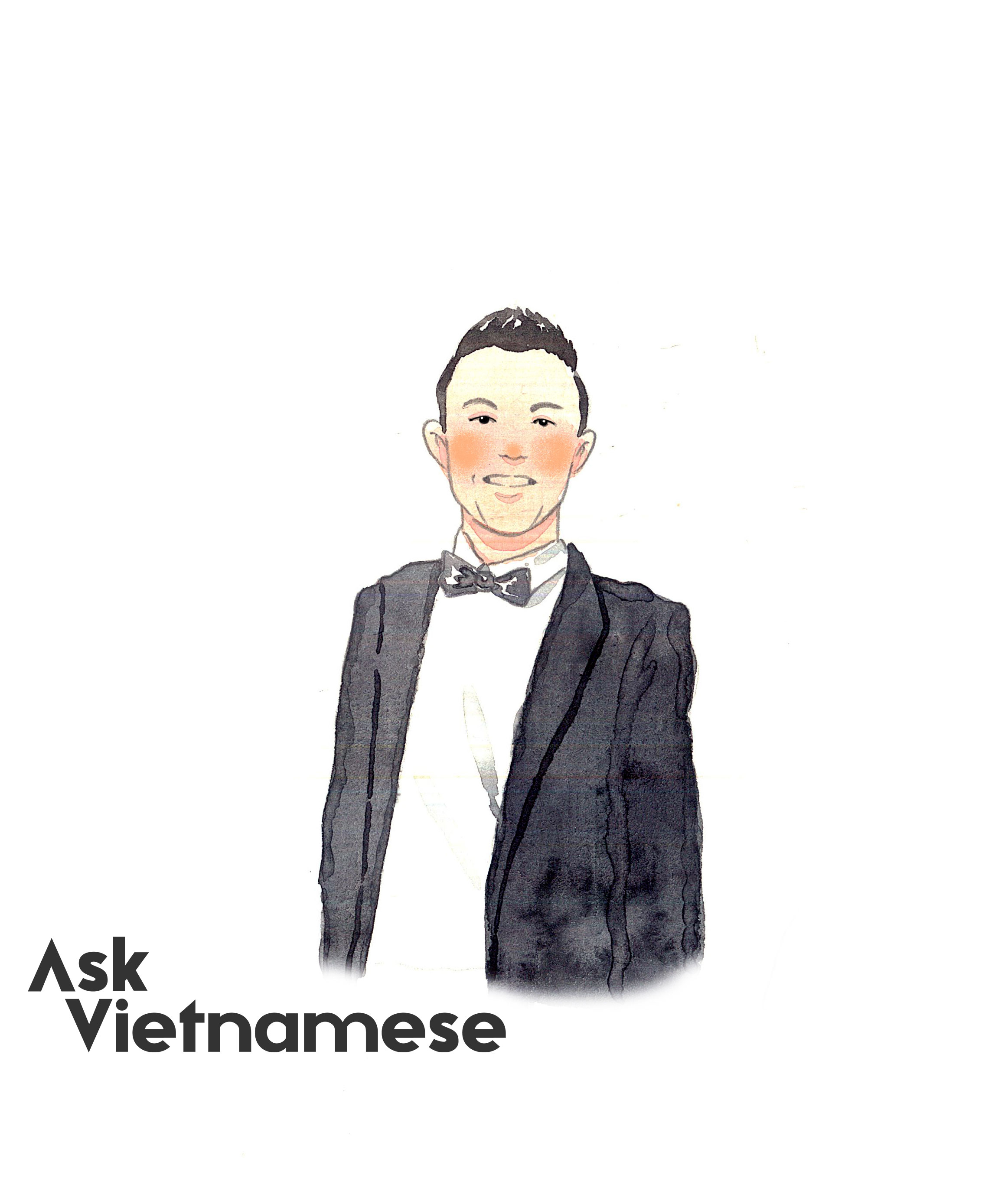 This boy was born in 1985. His main job is photography, travel blogger and he is also known to many young people through the book " The street dust of Youth " which he is the author. Tam Bui considers himself as a traveler. At first, he only thought of traveling geographically so he went to many places, learn the culture and life in strange lands to expand his knowledge and serve his passion for photography. But the more he experienced, the more he realized, there is a much enormous, mysterious space - his own consciousness. The emotional images of many lands he once set foot not only presents the journey of discovery, but it also reflect the process of conquering hardship beyond self-limitation. All of this have inspired many young people.
Follow him: 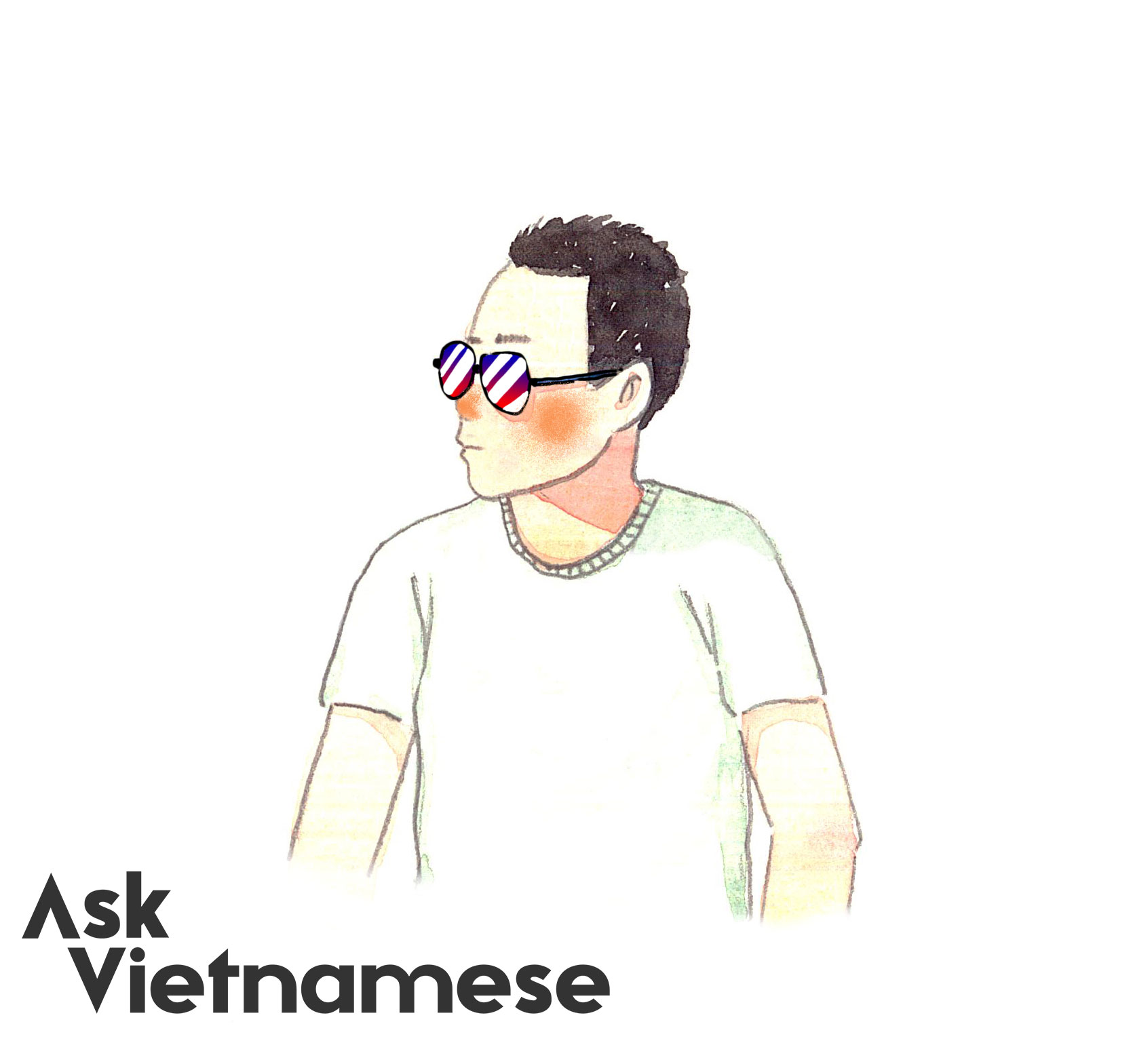 As a "hard-working traveller", Thien Nguyen seems to be the first to have shared articles about Pai, Chiang Rai, Arabia, Japan, Russia, Nepal, Tibet, Everest Base Camp, Happy Bhutan ... The precious information he shared is endless sources of inspiration for many others to carry on and start their journey.
He never claimed to be a travel blogger and said thai: "I think I'm just the one who likes to go out and have fun, sharing my experiences with my friends so they can have a happy one of their own. " And probably because of these sincere, close sharing that more and more people love this travel blogger.
Follow him: 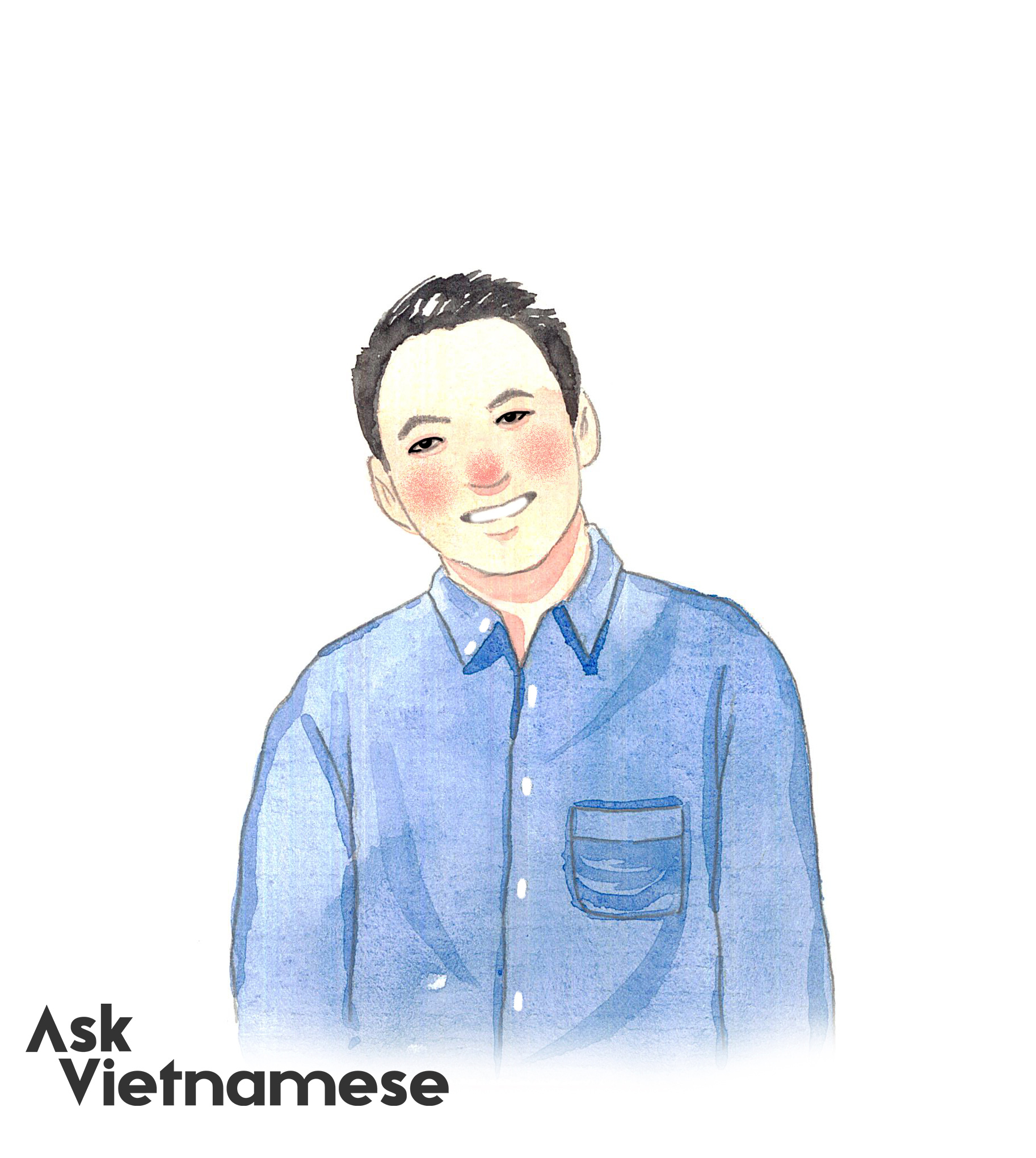 Mr Potato’s real name is Dinh Vo Hoai Phuong, a 9x travel enthusiast, food and Youtube channel owner with nearly 400,000 followers. Phuong had boldly gave up his engineer job, decided to wander alone around the world. With a little bit of experience accumulated from the journeys when in university, Phuong self-practiced speaking skills, self-learned graphics software, film editing, learned more about filming equipment, ... and produced the first Vlog. Only with a travel camera and some simple support tools, no fussy effect, with an amateur MC skill of Western country style but the Phuong ‘s Vlogs are somehow so intimate to the viewer.
Follow him: 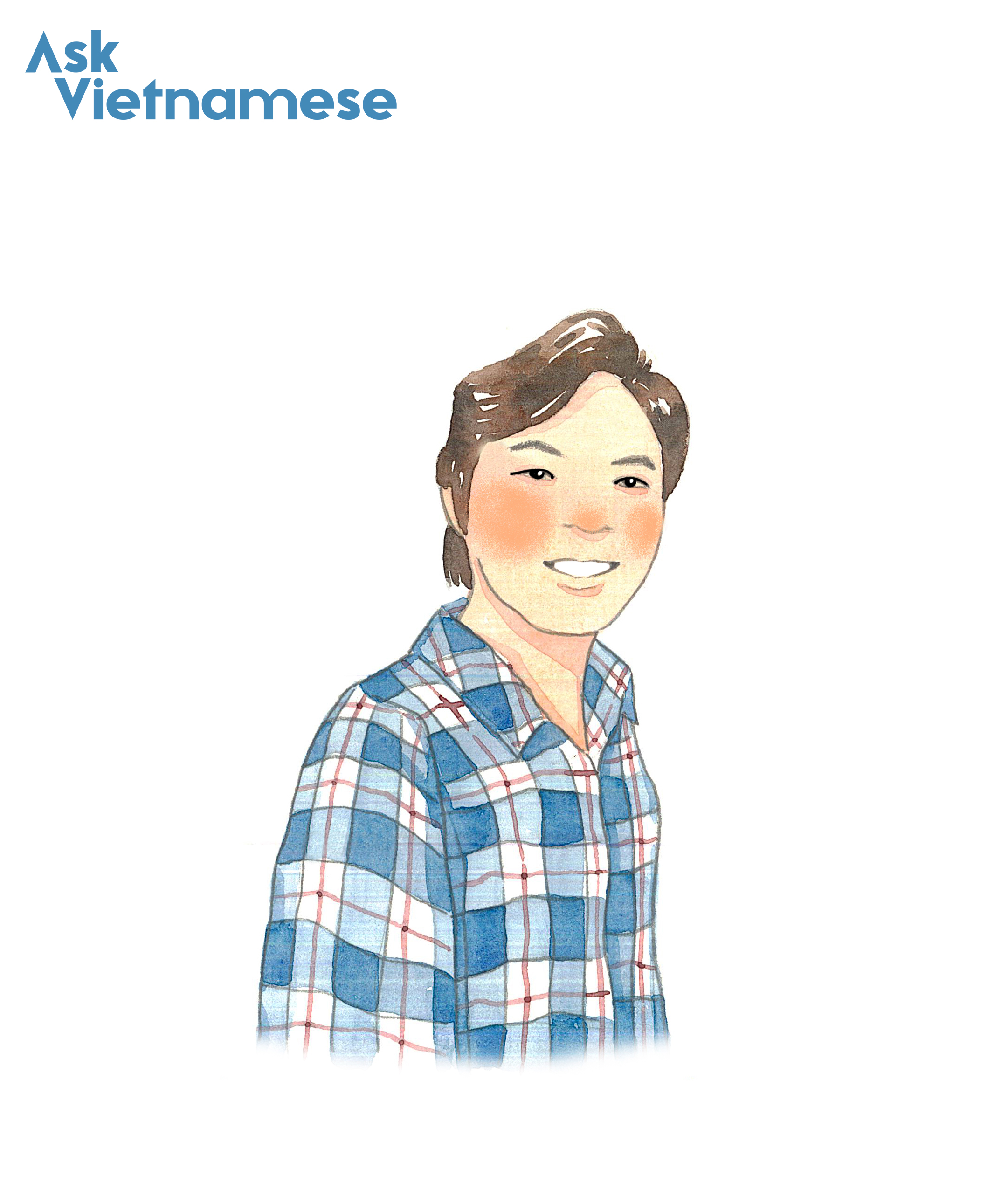 Not a writer or professional blogger, Tran Viet Anh built his own travel blog “24 hours travelling” with a simple reason: a passion for exploring since he was a child. With his thick experiences of travelling, Viet Anh really makes people jealous: bicycle riding through 63 provinces, riding through 11 countries in Southeast Asia, applying for jobs when on road, ...  The most special features of 24 hours travelling is that the site regularly share self travel experiences with minium cost but still fully enjoy the trip. This is also what makes the blog become a familiar destination for those who likes travelling.
Follow him: 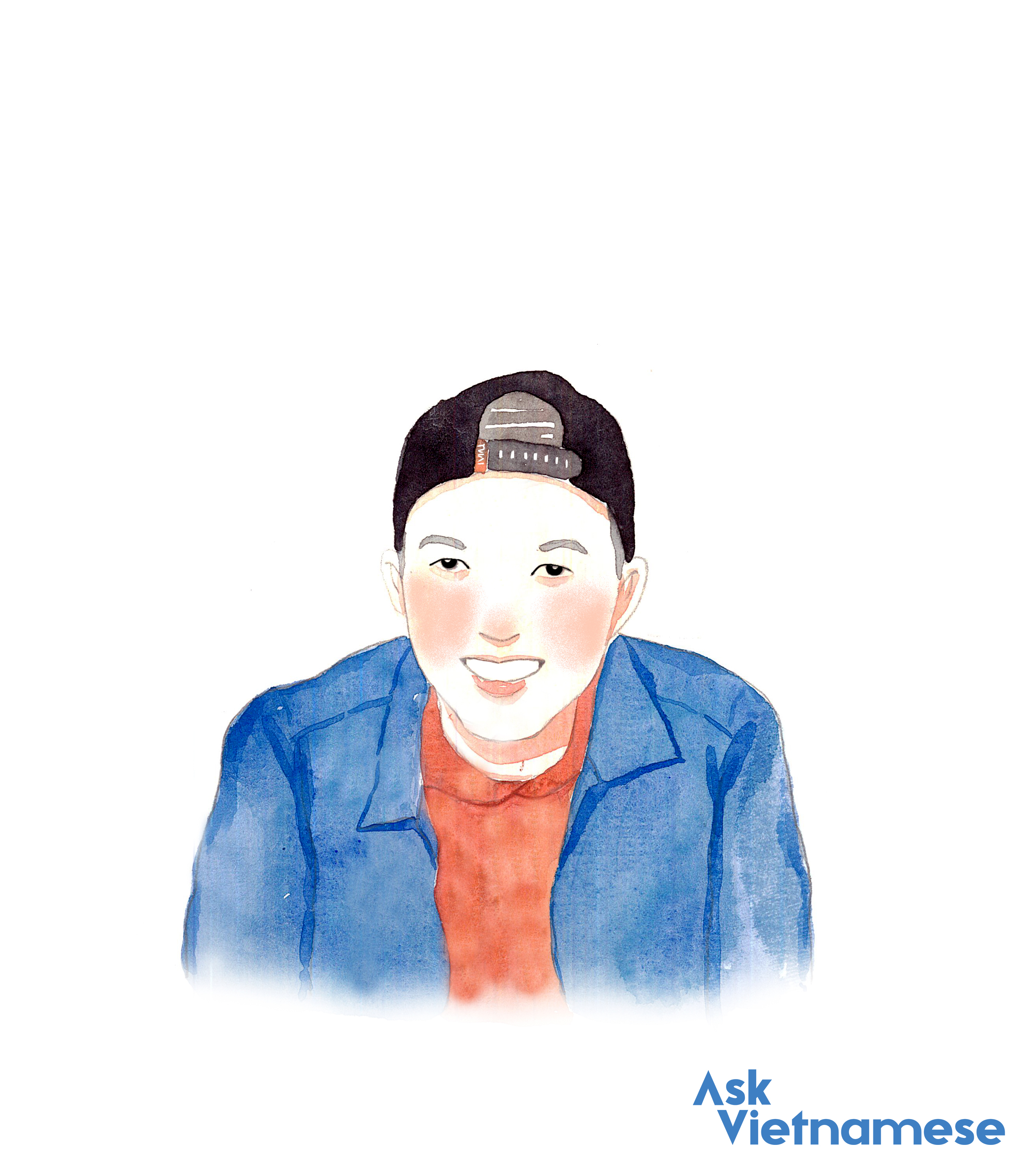 A quite new travel blogger, we unexpectedly know him when being introduced to the travel experiences of Japan, Korea, Brunei. Bill Balo’s real name is Nguyen Cao Thang. Bill’s travel experiences may not as much as the other bloggers but the spirit of "phượt", brave, daring to go, daring to challenge is what not everyone can has. With the motto "Go, Write, Eat and Love", the Bill Balo diary is impressed with high-difficulty journeys such as crossing Vietnam by motorcycle, climbing Bromo Mountain vocalno or conquering Fansipan or just practical guides forr applying visa for Japanese, Korean and even US. 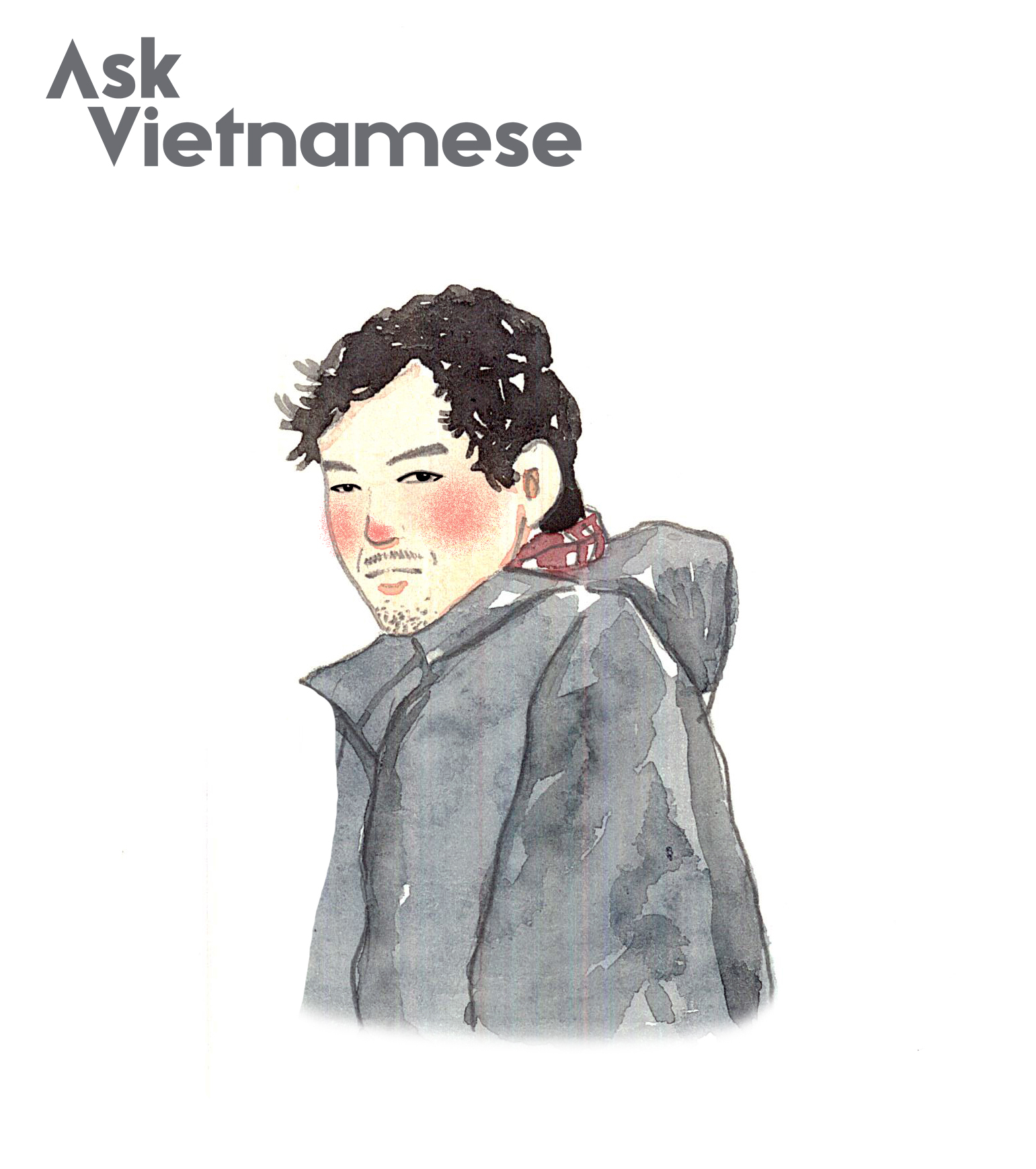 This boy was born in1987 in Tien Giang. He is one of the current hot facebooker in tourism. He is known for his journey riding across the continent to Paris (20,000 km in 150 days, 23 countries) in 2017. A year since he left Vietnam and began traveling around the world by motorcycles, Khoa has completed 33,000 km on three continents, across 30 countries. The journey of this Tien Giang boy is not over yet. He will continue to travel through African countries, Australia before returning to Vietnam to reunite with his family. Let's hope he can soon achieve his dream and let’s follow his footsteps.
Follow him: 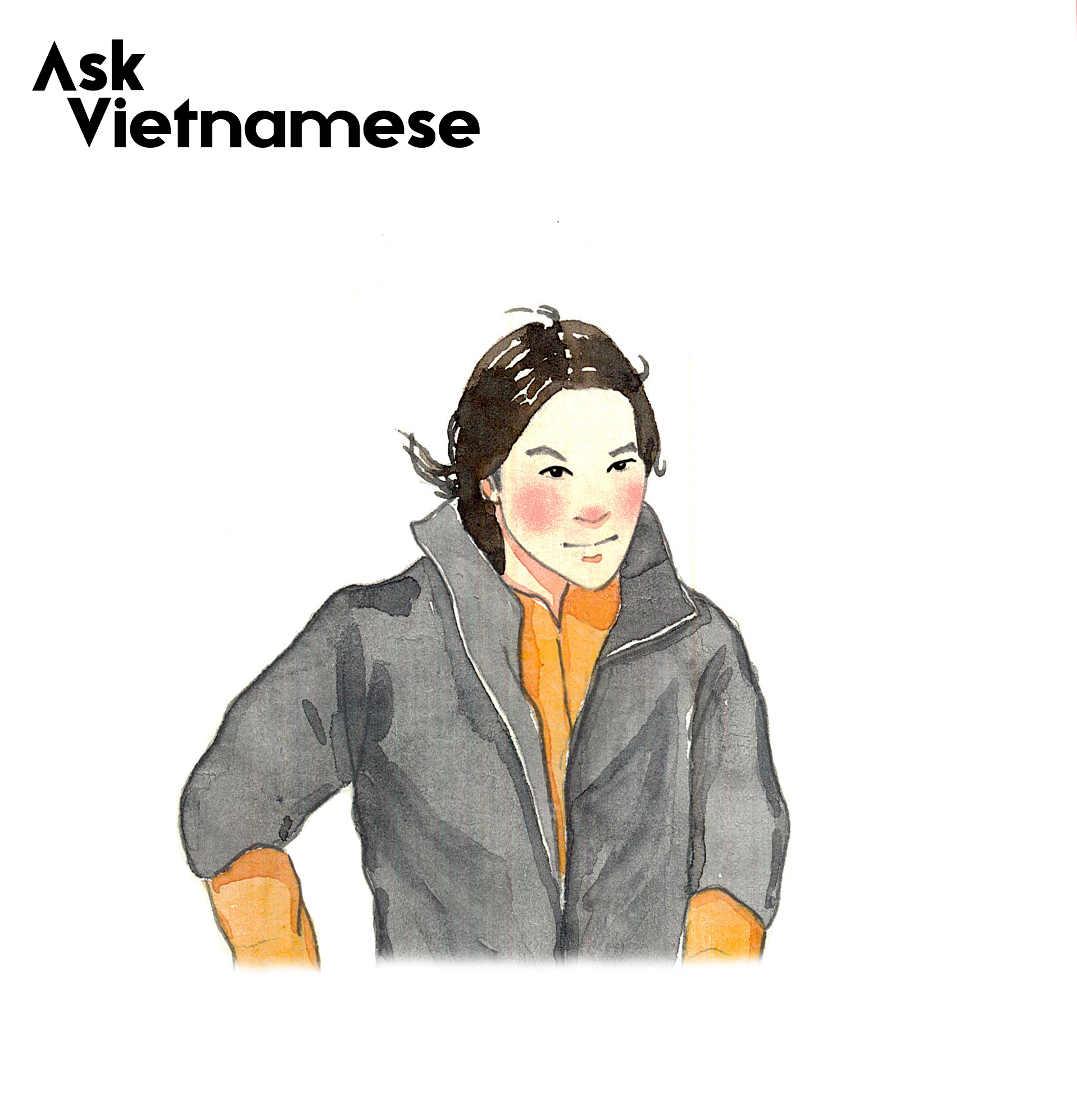 Went through 30 countries, conquested seven Himalayan times, survived a terrible snowstorm in Nepal, reached the "European roof" - Elbrus peak (Russia) 5,600 m high, and conquered the route of 300 km in North Pole under the weather of -30 degrees C. These are the record which help Hoang Le Giang to be the prominent name in the Vietnam travel blogger community in 2018 For him, happiness is not on the map, not the task of following the compass’ instructions or being at the top of the mountain. It is the process of preparation, planning, actually going in journey. Along with a witty narrative, his lively image always endlessly inspires viewers, bringing new emotions and light up the desire of conquering challenges.
Follow him: 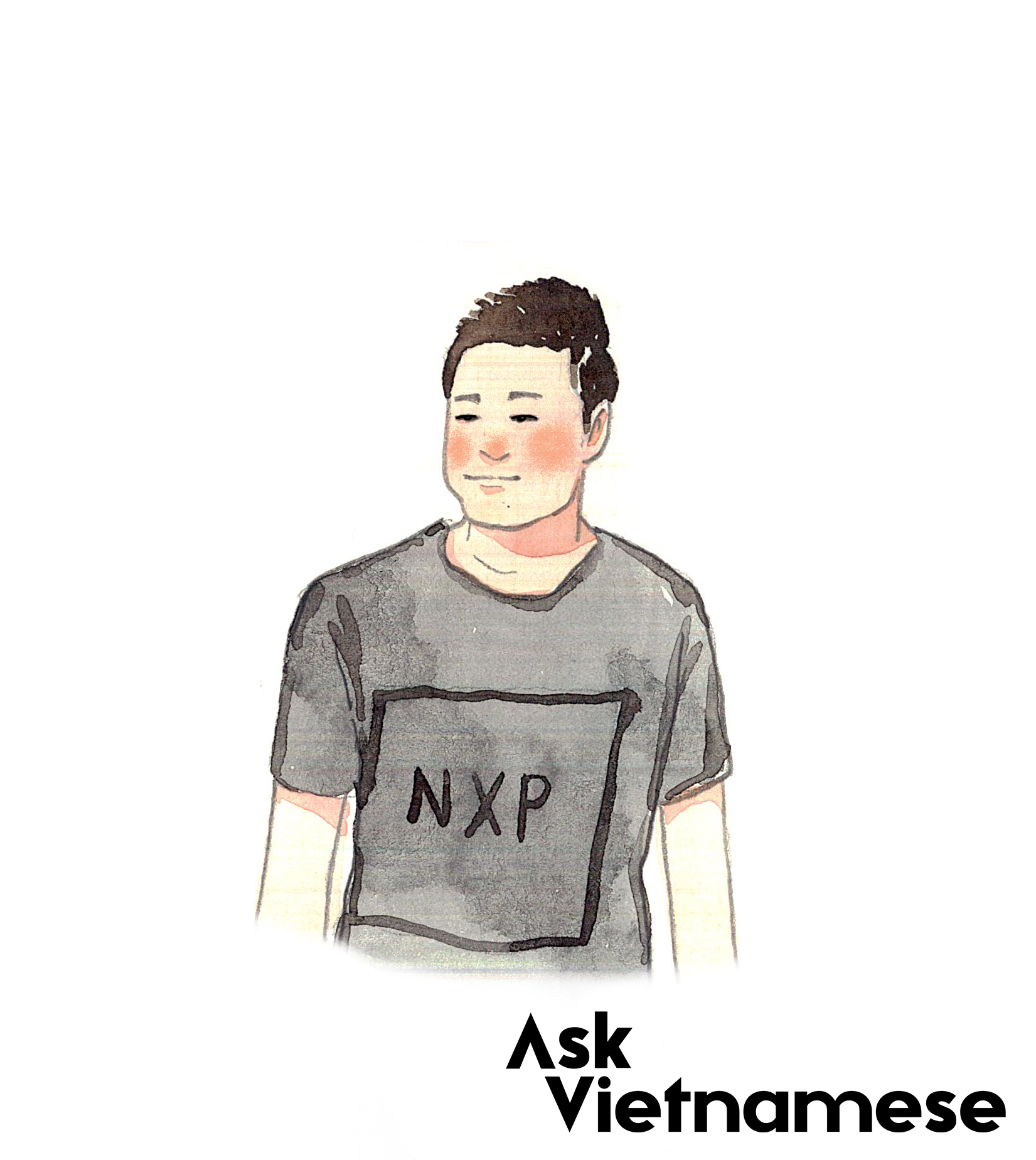 Saying the name Quang Vinh, 8x 9x young people will think of a handsome singer, Lark Prince of the old days . After a long absence, Quang Vinh suddenly came back with the role of travel blogger through the youtube channel Quang Vinh passport. Besides he also has Instagram, Facebook and they are always fulled with travel pictures from popular to luxury, from mountain to sea ... makes people dream for his free life. Quang Vinh Passport takes so much care to his visual image that can vividly share the experience gained from his previous trips such as food, culture, travel tips. , the luggage rack, the way of booking hotels, air tickets ... inside and outside Vietnam.
Follow him:

The article randomly compiles a number of famous travel bloggers in Vietnam, not in rating arrangement, this is only a reference. 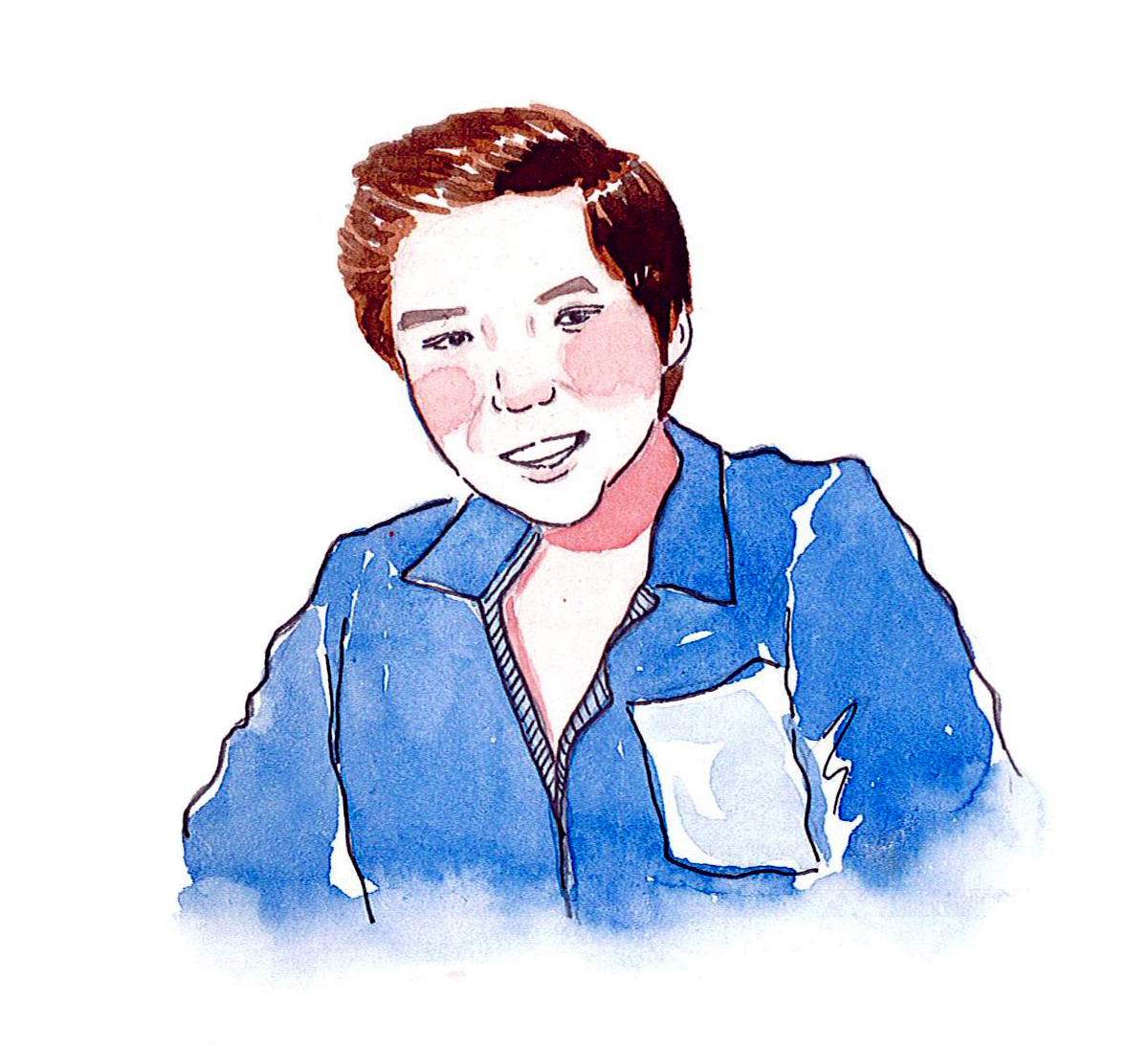