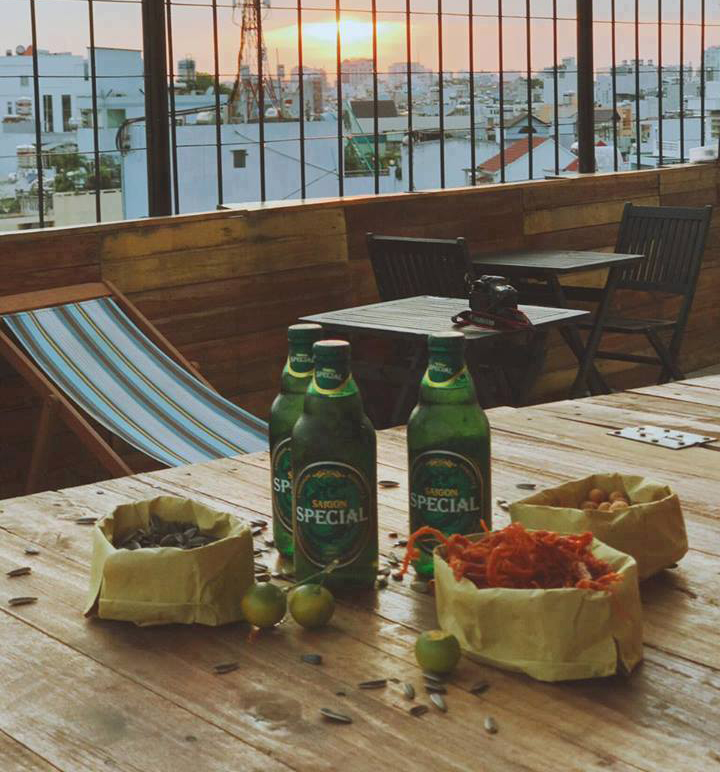 Sometimes, after a hard day’s work, my dad gets a suspicious phone call. Then my mom asks immediately: “Who is that?” and he answers half jokingly: “Beer is calling” and we know then his friends have invited him to go out and have a glass of beer with them.

I come from the Central area of Vietnam, so I don’t have a clear idea about drinking beer in other areas. Moreover, I’m allergic to beer so I can’t drink it. But from the point of view of someone observing people drinking beer at parties, I see Vietnamese beer (or at least my hometown beer) is unique and quite funny.

A lot of foreign tourists are seen drinking from bottles of beer while they are walking, but for Vietnamese this never happens. We’re not standing-drinking people, we are sitting-drinking ones all the time. We sit in a close circle and drink.

Oh, and if there are not enough glasses to go round, don’t worry we can share one together! Sounds weird? But it’s normal here in Vietnam.

We drink beer like this (Credit to Pocari Sweat Viet Nam)

It seems strange because Vietnamese people rarely drink from a bottle and they don’t like very cold beer either. They usually pour beer into a large glass which is accompanied with some ice. Maybe ice makes beer more enjoyable but I doubt they suffer from its effects too much because we know that you can easily get drunk by drinking beer without ice.

The merriest part of a beer party is “bottoms up!”. Before drinking, people raise their glass and shout with a firm and strong voice: 1, 2, 3 zô! (one, two, three, cheers!). Sometimes, they add: 1,2,3 uống (one, two, three, drink). When we were children, my friends and I usually imitated that action every time we drank soft drinks. It was really really funny for us.

And when someone invites you to have a glass of beer with them, they will say “100%” (which means the whole of glass needs to be drunk in one go completely ) or 50% (which means you just need to drink half of the glass). By doing this, you express your respect to the host.

One morestrange thing, Vietnamese people never drink beer without it being accompanied by food. It can be a substantial meal or even fruit or a snack such as peanuts. As the Vietnamese saying goes: Two women and a duck make a market, but with two men together you have an instant beer-drinking party! 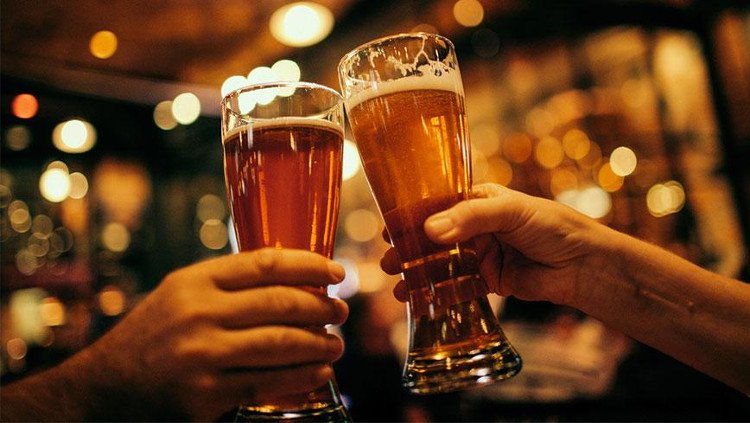 Finally, in Vietnam drinking beer is an easy way to make friends because as the beer goes in then words come out! People see it is more comfortable to talk if they have a little alcohol in their blood as it loosens tongues. For a long time, Vietnamese people have had a saying: “Betel leaves and areca nuts start a conversation”, but now it is simply “beer starts a conversation” :D